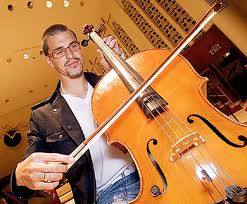 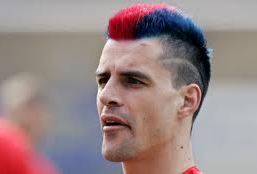 Great tackles are rarely as memorable as great goals, but some just stand out as exceptional. Half way through the first half  on Saturday a nice move by Reading led to a low cross coming to centre forward Pavel Podgrebnyak at the near post. The Russian looked certain to score until the long legs of Paul Scharner appeared out of nowhere to slide the ball to safety. A crucial moment in a tense first half, when the Royals had been getting on top.

Roberto Martinez had bravely changed his team’s shape for the Reading match, reverting to a flat back four and pushing Jean Beausejour into a left wing position. In the 40th minute a tall figure crossed the ball from that position and it took me a second or two to realize it was none other than Paul Scharner. It brought back mixed memories of the Austrian’s performances in a Latics shirt during his previous life at the club.

There have been a wealth of articles written on the eccentric central European.  His weird hairstyles, love of classical music and having his own personal  psychological coach place him apart from the average professional footballer. Interviewing him can be a challenge as this journalist found out.

Scharner joined Latics in January 2006, when I was living in Vienna and regularly watching one of his previous clubs, FK Austria, in the Bundesliga. Although popular in Norway, through his excellent performances for Brann of Bergen, he was by no means a hero  in his home country. In 2003 he had to move on from FK Austria after refusing to come on  as a substitute to play in right midfield at the behest of manager of the time, Jurgen Low. At the time he stated that “The coach and I discussed where I can help the team the most, but the coach always uses me elsewhere. I already played in seven different positions.”

In 2006 Scharner’s criticism of the Austrian FA led to national team coach, Josef Hickersberger, saying that  Scharner would never play for Austria again as long as he was in charge. After Hickersberger left Scharner returned to the national side. However, in  August 2012  another skirmish with authority led to the chairman of the Austrian FA saying that the player would never play for Austria again, no matter who the  coach was.

Paul Scharner’s made his Latics debut that January 2006, coming off the bench to head a winner against Arsenal that was to be instrumental in Latics reaching the League Cup final. Fans were not quite sure if he had been brought in to bolster an ailing centre of defence or to put some muscle into midfield. Some 16 months later his well taken goal at Bramall Lane on the last day of the season, helped to keep Latics up and put Sheffield United down. He was to make 145 appearances, in  a variety of positions, before leaving in the summer of 2010.

So which is the real Paul Scharner? The one who  Roberto Martinez describes as  a model professional  who he has welcomed back to Wigan with open arms, or the rebel who clashes with coaches and FA officials in his home country? Moreover is he willing to play in a central defensive position, week on week? Reports suggest that his move to West Bromwich was only finalized after Roberto Di Matteo agreed to play him in his preferred midfield position.

Paul Scharner has made a welcome return to Wigan at an opportune moment. He has already helped shore up a wobbly defence and made a “man of the match” performance for me at Reading. He has always been a very capable central defender, although it has not been his favourite position. Wigan are well stocked for midfield players and Scharner knows it. He is now 32, but in excellent physical shape. He  could go on for at least another couple of years as a Premier League central defender.

Has Paul Scharner already reached his peak or is it yet to come? Like anything else with the big Austrian it depends on his state of mind. Scharner would be well advised to forget his attacking forays and concentrate on defence. He has the experience, technique and positional sense to be an outstanding central defender. It is not too late for him to reach his peak.