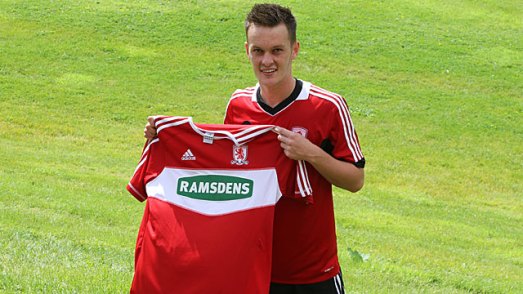 Seeing Josh McEachran put through that exquisite pass for Marco Fortune’s equalising goal on Saturday made one wonder if he provide that extra kind of spark that can propel Latics into the play-off zone by the end of the season.

McEachran is a complete midfield player and can play either in the holding role or in the “hole” between midfield and central striker. However, Wigan is the fourth club to which he has been sent out on loan by Chelsea.

The 20 year old’s longest spell on loan was at Middlesbrough, where he spent the whole of last season.

We reached out to Robert Nichols of Middlesbrough fan site Fly Me To The Moon http://www.fmttm.com to give us an insight into McEachran’s time there.

Thanks to Robert for this revealing article, which makes good reading.

There was much excitement around the arrival of Josh McEachran at Middlesbrough. A promising young England Under 21 international from Chelsea for whom great things were expected and we had him on a season long loan in August of last year. What a scoop we thought. That is exactly the way it turned out for both Josh and Boro, initially at least.

Josh made his debut immediately after signing in a night match in what turned out to be a 3-2 victory over Burnley. Two stunning late strikes by Boro youngsters Adam Reach and Luke Williams clinched a victory on a night of real optimism and youthful endeavour. Josh was interviewed after the game and spoke of his excitement at joining such a young and able team. It was a brilliant beginning.

McEachran’s vision and ability to thread passes through a crowded defence made him the perfect midfield partner for the non stop Grant Leadbitter. He quickly began to really make his mark on the first team and along with Leadbitter was central to our rise up the table. Josh had tons of ability but thankfully no big time Premier attitude; he worked his socks off for our Championship cause.

Off the field too he blended in with the young squad. I remember seeing him with team mates in the VIP area of Middlesbrough Town Hall, the night X Factor winner James Arthur played his victory concert.

For me there were real comparisons to a young Manchester United midfielder that Wigan fans will know all about, Tom Cleverley. Tom’s loan spells at Leicester, Watford and Wigan had been the perfect preparation and spring board to pitch him from Under 21 to Manchester United and England first team. At Boro we had witnessed Cleverley unpick our defence whilst with Watford and Josh McEachran was doing the same thing for us now week in week out. This could be the start of big things for a future rising star.

Sadly the wheels fell off for Boro and McEachran. Before Christmas we were poised near the top of the league. McEachran was at the top of his game also. Manager Tony Mowbray went on record saying that he felt the young player could now push on further in the New Year and start to fulfil his potential and add goals to his game. McEachran had been able to pull defences apart and set up others but at times had looked a little shy of shooting himself, ironically also a problem for Cleverley in his early England career.

Sadly rather then pushing on, after New Year the Boro engineroom of McEachran and Leadbitter ran out of steam and the team started to tumble down the league. Young Josh was feeling the pace of his first full season and also suffering stage fright when one on one with a keeper. He couldn’t get that all important break through first goal. In the end what promised to be a great season for both club and player turned to disappointment. Boro ended up nearer the bottom than the top and McEachran found himself in and out of a disjointed and misfiring first team and still unable to break his own personal duck.

I am sure those 38 appearances for Boro will stand Josh McEachran in really good stead for Wigan. He will have learned a great deal about himself and the Championship. The Under 21 player should now know exactly what it takes to make the next step forward. With his Chelsea contract running down he will also have that extra pressure to make a big impact with The Latics. A first goal would no doubt mean a great deal but as long as he can use that vision and undoubted ability to be a star provider then he will be a big plus for any side in the Football League.