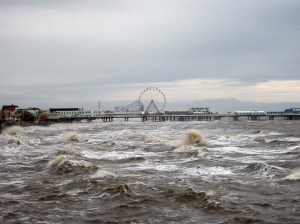 Given those statistics it looks like anything might happen tomorrow and many fans are nervous about the result. However, Wigan have a far superior squad and come off the back of two narrow losses in difficult away games in the league. Charlton are a team transformed by Belgian manager Bob Peeters. They play good football and they showed that their win against Latics was no fluke by beating Derby County in midweek. The away game at Cardiff was always going to be difficult against a team that has a strong home record.

Uwe Rosler has patiently built up his squad over the summer, whereas Blackpool have been at rock bottom, with barely enough players to field a team some three weeks ago. The pre-season for Rosler did not go to plan, with too many players picking up niggling injuries preventing them from training, together with others still trying to overcome injuries received last season. The end result has been a team that has been unable to stay physically competitive for 90 minutes. Moreover there has been a lack of cohesion, mainly through having two new players into midfield. The mutual understanding between players in the midfield and up front has been noticeably lacking.

In the last two games Latics have had the majority of possession, without creating clear cut chances or making enough shots on goal. Sensibly Rosler has insisted his side, which has been struggling for fitness, maintain possession rather than hoof the ball as has been their wont on past occasions.

With every game Latics are going to get fitter and fitter. Moreover that mutual understanding between players will improve. Hopefully the end result will be a competitive side that can threaten the opposition’s defence.

Latics played their 3-5-2 formation at Cardiff with Marc-Antoine Fortune and Callum McManaman up front. The defence was obviously tighter but once again few chances were created and they recorded only one shot on target. They had played 4-3-3 at Charlton.

As far as creating chances are concerned it is not so much the formation that Latics have been playing, but that the midfield has not been getting forward sufficiently, leaving the central strikers isolated. Having conceded two goals in each of the first two league games Rosler would have been keen to tighten up his defence at Cardiff. The downside of that is wing backs and central midfielders not getting forward sufficiently to support the attack.

As always it is hard to predict the lineup that Rosler will put forward. However, Leon Barnett is overdue an appearance in defence, as is Roger Espinoza in midfield. He might be tempted to bring on James Tavernier at some stage to provide more attacking spark on the right of defence.

When Latics played Blackpool at home in April many of us expected a resounding win over the Tangerines. On the day Latics produced an abject and lifeless performance. Tiredness resulting from a marathon of matches led to a decline in results as the playoffs approached and although Latics played with spirit against QPR it was not enough to get them to the next stage. They still have not psychologically and physically recovered.

Tomorrow is an ideal opportunity for Latics to get back on to a winning track. Blackpool are in disarray and there for the taking. Most Latics fans would be happy with a 1-0 victory, but there are possibilities for more.