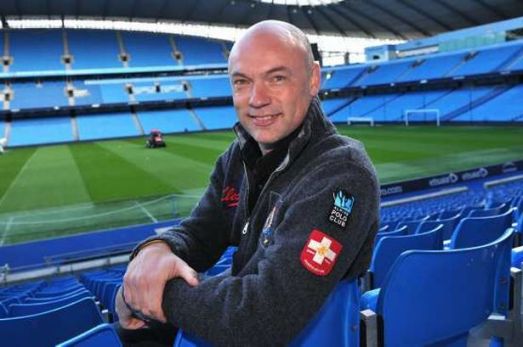 Latics played quite well in the opening minutes, then again in the last 15 minutes. For the rest of the time they were bullied out of the game by a typical Mick McCarthy team. McCarthy had clearly done his homework and got his tactics right. Uwe Rosler’s tactic of high pressing was thrown back in his face.

Rosler had us all guessing as to his formation when the starting lineup was announced. Adam Forshaw and Shaun Maloney came in for Emyr Huws and Andrew Taylor. That meant that Latics did not have a single left footed player in their team. It proved to be a 4-3-3 formation, with Emmerson Boyce at right back, with James Perch moving to the left. Ivan Ramis and Rob Kiernan were at centre back, with William Kvist, Don Cowie and Forshaw making up the midfield three. Callum McManaman lined up on the right wing, Shaun Maloney on the left, with Andy Delort at centre forward.

Latics were lively in the beginning, with McManaman looking dangerous. However, the visitors realized his danger and gave him heavy treatment. Ipswich were thrusting players forward, their high pressing forcing Latics into making errors and the home team defence looked vulnerable.

Ipswich scored on 20 minutes as a result of that pressing, with Latics losing possession for central midfielder Luke Hyam to convert an Tyrone Mings’ low cross from the left. A couple of minutes later centre back Christophe Berra clattered McManaman, somehow escaping with just a yellow card. It was not surprising when the young winger had to go off injured in the 36th minute, with James McClean coming on. Soon after the referee incurred the crowd’s wrath yet again when Maloney was brought down by Mings when he had a clear run on goal. Mings too avoided red, being given a yellow card.

Ipswich’s physical approach, aided and abetted by an over-tolerant referee, completely threw Latics off their game. When the home team went in for half time one wondered what Rosler could do to turn things around. Having already used a substitute in the first half his options were limited. In the event he sent the same lineup out in the second half, which continued in similar fashion, with Latics being constantly bullied off the ball. It came as no surprise when Ipswich scored their second after Conor Sammon’s shot ricocheted back to him for a tap in. Latics’ defence was all at sea.

Rosler brought on Oriel Riera for Maloney after 64 minutes, then Martyn Waghorn replaced Delort after 72 minutes. Gradually Latics got their way back into the game, at last taking the fight to the visitors. Forshaw had moved from the right to the centre of midfield, where he looked more effective. Cowie had moved to the right where he was looking lively, putting over some teasing crosses. As always McClean epitomized pure effort and hard running. He got his reward after 82 minutes when finding himself free in the area, his shot from 12 yards being diverted home by Waghorn’s knee. Wigan’s charge continued and Riera hit a powerful shot against the post in the closing minutes.

In the end it was not to be and Ipswich hung on for a win.

After being inept for most of the game Latics fought back in the final quarter. For once their legs had not gone and they took the game to Ipswich. If they can play with that kind of spirit they can get a result in the next match at Bournemouth.

Rosler’s lineup was unbalanced from the start. Perch and Maloney, both right footers, could not make progress against the right hand side of the visitors’ defence. Every time they got the ball they too often passed it inside or back. Delort was out of his depth at centre forward, so Wigan depended on McManaman on the right. Rosler has already stated that McManaman needs protection from referees, but this official certainly did not provide it. Ipswich must have been relieved when he went off injured after 36 minutes.

The midfield had another new face in Forshaw and it showed. There seemed to be no cohesion between them and defence. Rather than play Maloney as the third midfield player, Rosler put him on the left wing where he was peripheral. For much of the first half Forshaw did not look on the same wavelength as his teammates, but the young player looked useful later in the game when he switched into the centre.

Delort had a game to forget, being totally shackled by the ruthless Berra and Chambers. Like Riera he is adjusting to life in the Championship. Rather than bring Delort in gradually, Rosler had brought him in against Blackburn, dropping Riera who had by no means been playing badly. After three successive starts for the Frenchman it could be that the tables will turn for the next match at Bournemouth and Riera will get the nod. He was unlucky with that late effort.

McCarthy’s tactic of pushing players forward upset Wigan’s defence who at times looked besieged. It was sad to see Boyce looking a pale shadow of what he was at right back. Rosler will have one of the toughest decisions to make in his time at Wigan, if he decides to leave the captain out of the starting eleven at Bournemouth. Kiernan too had a rocky time and one wonders how long he can continue to keep a player of Leon Barnett’s ability and experience out of the team.

Perch is clearly a player that Rosler rates highly, but playing him at left back stifles attacking moves that side. The natural left back, Taylor, was left on the bench. If Maloney is to be played wide on the left, Latics need a left footed full back behind him. This was not an ideal game for the Scot’s first league start of the season, being played wide on the left against a very physical defence. Maloney’s best position is in the centre of midfield, where Forshaw was to play later in the game.

Latics are going to meet more teams who will press like Ipswich and who are not averse to being over physical. Rosler needs to find an answer to such tactics. Playing with two central strikers is anathema for him, but it is worth considering.

Scott Carson: 7 – unlucky for the second goal. Made some good saves.

Emmerson Boyce: 5 – soldiered on, but well away from his best. Does not look fit. Or are the years finally catching up with him?

Don Cowie: 6 – worked hard as always. Looked at his best in the final quarter of the match.

Adam Forshaw: 6 – struggled for the first 60 minutes, but looked useful in the closing stages.

Callum McManaman: – dangerous until he had to go off after 36 minutes,

Oriel Riera: – a pity he could not have been brought on earlier. Looked lively.

Martyn Waghorn: – another goal to add to his tally.