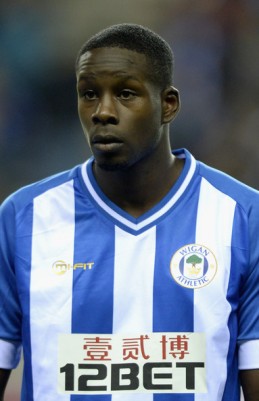 The season has been like an uncomfortable rollercoaster ride for Wigan Athletic, with some ups but too many downs. The downs have been quite depressing, characterized by low tempo football with little creativity and defensive weaknesses. In terms of performances there have been two “ups”, with a resounding first half display in a 4-0 defeat of Birmingham City and remarkably a 0-0 draw against Nottingham Forest.

A few weeks ago when the season started Latics fans would have had higher expectations of the clash with Forest. Last year Owen Coyle’s team beat them 2-1 at the DW to be followed up by a 4-1 win at the City Ground by Uwe Rosler’s side. Was this performance against Forest really an ‘up’ or was it really a higher ‘down’ than Latics have had in recent weeks?

It has been a rollercoaster ride for the fans above all. The disappointment of a draw and three losses in the first four games was tempered by two successive victories and promising activity in the transfer market. There was genuine optimism before the visit to Blackburn, but that dissipated following three losses and a draw in the next four games. The level of frustration of the fans was high and it led to hyperactivity on the fans forums and social media from the new darksiders, the keyboard warriors who wanted Rosler’s head on a platter.

Rumours were rife that Rosler was on his way out, but a show of support from Dave Whelan provided the German and his squad with the tonic they needed. The display against Forest was laden with the kind of physical endeavour that propelled Latics into the playoffs and cup semifinal some six months ago. It had been sadly lacking in recent weeks. Rumours about a divided dressing room and unprofessional behaviour from certain players were blown away by the chanting of “Uwe, Uwe” by the crowd at the end of the game.

Rosler will certainly be buoyed by the commitment showed by his team on Tuesday and by the backing of both chairman and fans. But then again, a football manager is above all judged on results. Latics will clearly have to start climbing the table or the manager’s future will be finite. Whelan has shown himself to be ruthless if he believes a manager cannot hack it. Rosler will surely know that.

An away game at Molineux is never going to be easy. Moreover Wolves are smarting from a surprise 3-1 defeat that broke an unbeaten home record in the calendar year. That it should be lowly Huddersfield Town who inflicted the defeat was a bit of a shock. But that Huddersfield’s star man was Grant Holt was even more so.

James McClean took the limelight against Forest with an all action display, but there were other players who also raised their games. The midfield was particularly improved, but the centre of defence looked more solid than it has done for weeks. In the absence of the injured Rob Kiernan, Rosler opted for the experience of Emmerson Boyce and Ivan Ramis, who teamed up well before Boyce had to go off injured at the end of the first half. However, the introduction of Leon Barnett in the second half made it look even stronger.

Barnett is a player who is tailor-made for the Championship division. He is rugged and competitive and is more than a match physically for any opposition forward. He is a superb header of a ball. His absence this season has made the defence more vulnerable to the aerial bombardments employed by so many Championship teams. Moreover Barnett is also dangerous in the opposing penalty box, as evidenced by his five goals last season. Latics have not looked so threatening this year from set pieces, partly through mediocre delivery, but also through lack of aggression of the big men thrust forward. Barnett has his weaknesses, his passing in particular, but after playing for two clubs that got promoted out of the Championship he knows the league and what is expected.

On his day Ramis is probably the best central defender in the division. Since his return to fitness he has become an ever-present in Rosler’s starting lineup, although never hitting his top form until an excellent display against Forest. He is a totally different type of central defender to Barnett, often preferring to bide his time before making vital interceptions and tackles. Few defenders in the Premier League can match the quality of his distribution of the ball.

Barnett and Ramis have the complementary strengths that can make them an awesome pairing at Championship level. They can provide the backbone that Latics need to gain that defensive solidity they have so far lacked.

For tomorrow’s game Boyce is out of the reckoning, but Kiernan may well be available. Putting a young central defender in the team when the team is playing well is one thing, but putting him into a struggling team has probably not helped Kiernan’s confidence.

With Don Cowie likely to be ruled out through injury, Rosler is likely to bring the more attack-minded Adam Forshaw into midfield. However, away from home he will be looking for defensive solidity first and foremost.

Ex-Latics striker Nouha Dicko will be keen to give Wigan’s central defence a hard time. It remains to be seen who will make up the central defensive partnership for Latics and whether there will be two of them or three. Following a promising performance with a regular back four, Rosler might well want to stick with that same formula. He will also have to decide whether to continue with his two natural wingers, Callum McManaman and James McClean, away from home. He has the option of playing Martyn Waghorn wide. Andy Delort and Oriel Riera will compete for the centre forward spot.

So what is next for Latics in this rollercoaster season? Wolves have come up from League 1 full of confidence and will provide tough opposition. An adverse result would most likely put Latics into the drop zone.

No matter what the result tomorrow the season still has a long way to go. With a central defensive partnership of Leon Barnett and Ivan Ramis long term prospects would look brighter. They can help provide control for that rollercoaster.