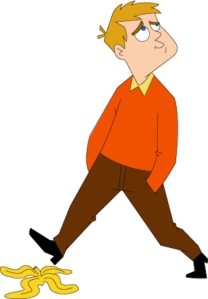 Swindon Town finished fourth in League 1 last season. They currently sit second from bottom, with only three wins so far. They are at low ebb. Surely it is a good time for Latics to play them? Or perhaps not.

It is the end of October and Gary Caldwell’s “new era” team are in the playoff zone, not having suffered a defeat in nine matches. They are unbeaten in league games at the DW Stadium. In contrast Swindon sacked their manager, Mark Cooper, a couple of weeks ago. Moreover their chairman has taken over as manager. His first game saw a 2-1 home loss to Oldham Athletic, followed by a 2-2 home draw with Coventry City.

However, the Robins’ chairman is an ex-professional footballer, with previous managerial experience. Lee Power started off at Norwich City before playing for ten more clubs in a career spanning a decade. Two broken legs helped finish his footballing career at the age of 28. Power became chairman of Cambridge United in August 2006 and within a month he took over as caretaker manager following the dismissal of Ron Newman. In April 2013 he bought into Swindon and became chairman seven months later.

Swindon’s poor start to the season can be largely attributed to the selling of key assets over the summer together with injury problems. Nathan Byrne went to Wolves and Ben Gladwin and Massimo Luongo to QPR before the season started. At one stage they had 12 players out of action through injury.

Wigan’s new weapon, Yanic Wildschut, is likely to be a marked man tomorrow. Swindon will do their best to stop him using his blistering pace to effect. The Dutchman has made a huge impression at Latics over the past month and management want to keep him long term, but that will not only depend on Middlesbrough’s willingness to let him go, but also on competing with other clubs for his signing.

Teams are starting to realise the danger that Latics pose as an attacking unit. Not only is the three pronged attack of Wildschut, Grigg and Jacobs a potent force, but Caldwell can also change things to playing the two big men – Davies and Holt – as twin strikers. Moreover he will shortly have the cultured left foot of Haris Vuckic available to provide balance. In each of the last two matches the opposition received five yellow cards to Wigan’s one, an indication of the tactics some managers will use to nullify Latics’ good football and attacking flair.

Providing there are no injuries we can expect Caldwell to field an unchanged starting lineup tomorrow. He now has such a wealth of players at his disposal that he will have to think hard not only about those who will start, but also those who will make the bench.

Power regards tomorrow’s match as the hardest away league game of the season for his team. Early next week he expects to step back to the boardroom, with the appointment of a new manager. He will be hoping for a surprise result tomorrow.

Caldwell will be aware of the banana skin that the game with Swindon represents and will be hoping for an early goal to set the tone. Should that happen then more would surely come, but should it not Latics will need to be patient and disciplined.

It promises to be a fascinating encounter.