Given that we now have a wider readership than in our earlier days we will occasionally republish articles from our archives, that some may not have seen. We ask our long-established readers will bear with us on this. We will continue to put out our stream of current articles.

Our site stats have shown that our readership has been particularly interested in perspectives of Latics players from fans of their previous clubs. Thanks to contributions made by bloggers on the fan sites of those clubs for these articles from our archives.

Click here for our previous fan views on Yanic Wildschut and Jordy Hiwula.

Click here for our previous fan views on Andy Kellett and Haris Vuckic.

An MK Dons fan’s view of Will Grigg 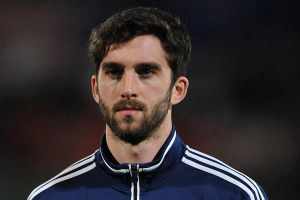 Written by:  Harry Wright of the Cowshed Chronicles BlogSpot.

When Will Grigg arrived in Milton Keynes on a season-long loan from newly promoted Brentford, the midlands-born striker was the second of three young, hungry strikers Karl Robinson was to employ for the 2014/15 season after Tom Hitchcock was acquired on a free transfer from QPR.  A week later Benik Afobe joined from Premier League Arsenal and the Dons front line, that was to score 101 league goals, was complete.

The Northern Ireland international was to make an instant impact at Stadium:MK, netting an equaliser in the Dons season opener as we came from 2-0 down to triumph 4-2, however it didn’t take long for Grigg to truly endear himself to the Dons faithful as the frontman scored the first two goals in our unforgettable 4-0 annihilation of Manchester United in the Capital One Cup, famously using his chest to caress the ball past a helpless David De Gea.

Playing second fiddle to the prolific Afobe for the first half of the season, Grigg had to accept he was not going to be given a constant run of starts due to Karl Robinson’s rotation policy as Afobe grabbed himself 19 goals until Wolves decided to pay big money to lure the England u21 international to Molyneux in mid January.  The departure of Afobe was followed up by Tom Hitchcock’s loan move to fellow League One club Fleetwood Town and left the former Walsall forward as the lone striker at Stadium:MK and oh how he delivered.

A blistering second half of the season containing a crucial brace away at Swindon left Grigg with 20 league goals from 43 games taking his total tally for the season to 22, only the second ever player to reach the milestone of 20 league goals in a Dons jersey, finished off with a header against Yeovil in a 5-1 demolition resulting in the Dons automatic promotion to the Championship for the first time.

But it’s not just the goals Grigg gets that made him a fans favourite in Milton Keynes, despite not even being our player, it’s the manner in which he plays and the qualities he brings to the squad as a whole.

Without having much strength due to being just 5’11 Grigg is a very clever player, his movement and trickery to evade defenders often means he finds himself in acres of space.  A classy, natural goal scorer, Grigg is a poacher, frequently in the right place at the right time to finish off the hard work done by those supporting him. Effective yet unspectacular the forward will get goals wherever he plays for sure.

Grigg’s work rate his also very good, never giving up on chasing a lost cause, combining an element of comedy in his celebrations with a dance branded ‘the Griggle’ by Dons fans, the striker’s personality rubs off on the fans and team mates alike and will not only add quality to the squad but also lighten up the dressing room at the DW stadium.

Grigg is undoubtedly a brilliant signing at League One level with proven experience and quality. The only question will be, can Wigan get enough support up to him to the poacher to get the goals to fire Wigan back to the second tier?

Wigan Athletic today completed the free signing of Craig Davies, seven days after his contract at Bolton came to an end.

Davies joined Wanderers in a £300,000 transfer from Barnsley in January 2013 and went on to score a total of 11 goals in 58 appearances for the Trotters, prior to his release.

Whilst those statistics may not look too appetising, it’s worth noting that 31 of those outings were from the substitutes’ bench.

Davies was a hugely popular figure amongst Bolton supporters, with his never-say-die attitude and willingness to put his body on the line earning him many plaudits, although it wasn’t until Neil Lennon’s arrival as manager in October 2014 that we began to see the best of what he had to offer.

All of a sudden, Davies became a focal point of the Bolton attack and was producing arguably the best form of his career – including a Man of the Match display in a 3-1 win over Latics at Macron Stadium.

Then, in a cruel twist of fate, he was struck down by three separate hamstring injuries that restricted him to just three starts after the turn of the year.

The club weighed up whether to offer him a fresh deal, but financial restraints at the present time meant it made little business sense to take a risk on an injury-prone player and Davies was an unfortunate victim of the cost-cutting measures currently in place.

If he can put his fitness issues behind him, Davies has the ability to be one of the Championship’s top players. However, inconsistent form and the amount of time he spends in the treatment room has stopped him from fulfilling his undoubted potential.

If you can get 20+ games out of him next season, Wigan will have got themselves a good player who is more than capable of scoring the goals to get you out of the division at the first attempt.

With all those aforementioned worries, though, it would be unwise to pin all hopes on him, so I’d be expecting Gary Caldwell to bring in at least one more striker during the summer transfer window.