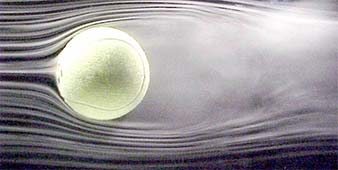 I had never been to Southend before. I was looking forward to seeing the town, at the same time keeping my fingers crossed that Latics could perform against the local football team. Walking around the English seaside in the off-season was always going to be anti-climactic, but the amusement arcades were still open even if the chill gusts of moving air raged around the beach. I wondered if that wind would abate some twenty minutes’ walk away from the shore at the antediluvian Roots Hall stadium. It didn’t.

Wigan Athletic’s trip to play an in-form Southend United on their narrow pitch was never going to be easy. It was to be made increasingly harder by that cold, blustery wind that was to swirl around the pitch. It was not going to be a day for good football. Latics would have to have to slug it out with the home team to come away with any points. In the end they came away with a well -earned point, thanks to the effort they put in.

Once again Gary Caldwell surprised us with both his team selection and its shape. He decided to field a taller than usual backline of four. With Leon Barnett and Jason Pearce in the centre and Donervon Daniels and Chris McCann on the flanks, Caldwell’s team was well prepared for an aerial bombardment.  The Wigan manager is not a fan of 4-4-2, but yesterday chose to employ it with Will Grigg and Alex Revell operating as twin strikers. Don Cowie came in to play in front of the back four, with Francisco Junior in an advanced midfield role. Reece James and Max Power made up the middle of the diamond.

Good football was at a premium in the first half. Junior tried hard to provide some, but too many of his passes were sucked out of play by that swirling wind. Latics had breathed a sigh of relief after just six minutes as Ryan Leonard’s sweetly hit shot from just outside the penalty box struck their crossbar with Jussi Jaaskelainen beaten. Wigan just could not get any fluency to their game, the front two struggling to make any impact on the home defence. James had looked out of place tucked in there in midfield, but was to return to his normal role at left back after 40 minutes when McCann was withdrawn due to injury. David Perkins came on to take that left midfield role vacated by James. Southend had looked the more likely to score, but Jaaskelainen’s handling was secure and his back four solid in defence.  But Latics had almost taken the lead after 37 minutes when Barnett’s shot from a corner was cleared off the line by Will Atkinson.

Wigan came out for the second half with the look of a team wanting to be more purposeful in their football. After five minutes Barnett once again went close from a corner, this time his shot being saved by goalkeeper Dan Bentley. Although Latics were more dominant they still had to contend with a home team keen to add Wigan’s scalp to their collection. But the Wigan defence held firm after a spell of pressure by the home team. Michael Jacobs came on for Grigg after 65 minutes, adding little more life to the proceedings, although Southend still threatened in breakaways.

Craig Davies’s introduction in place of Junior after 75 minutes breathed even more life into Wigan’s play. The big man was a real handful and the Southend defence started to look vulnerable as Latics pressed forward in the final quarter. Latics almost won it in the last minute when another Barnett effort hit the crossbar, this time from point blank range.

But Southend hung on to a draw they probably deserved. That they were happy with the result was visible through the smiles on the faces of their players as they left the field to a standing ovation from a crowd that had been largely muted throughout the course of the match.

The defence was solid throughout. Barnett and Pearce formed a formidable partnership, rugged in their tackling and strong in the air. Daniels provided security at right back, although more restrained in attack. It was a surprise to see McCann start at left back, but he looked comfortable until injury forced him off. James looks better as a full back than as a wing back or midfielder and he performed well after being moved back there. Jaaskelainen was a beacon of calm at the back, oozing confidence to his defence.

Playing in “wind tunnel” conditions was never going to be easy. But Latics matched Southend tackle for tackle in the earlier stages until they finally got to play something resembling their normal brand of football in the final quarter. Moreover it was their second consecutive clean sheet away from home.

The pairing of Grigg and Revell were ineffective. Grigg does not thrive at jumping for lofted passes and Revell just does not seem to threaten in the opponent’s penalty area. Caldwell’s preference of Revell over Davies was hard to fathom. Davies is not only superior in challenging for long balls, but offers so much more threat on goal.

Sadly Junior could not produce the final pass, despite his promising approach work and movement. He remains a work in progress as he continues to try to adjust to the sheer physicality of the game at League 1 level.

Perkins had been left on the bench, following recent displays which were disappointing by his previous standards. The man from Heysham had been playing out of his skin for so long and it was perhaps inevitable that he could not keep it going. Caldwell will be hoping that the player can rekindle that flame that made so much difference to the team before.

Without Jacobs or Wildschut, the starting lineup looked short on creativity. James looked out of place in midfield and one wondered if Jordan Flores or Andy Kellett would have been more effective in that position on the left of the midfield diamond.

Jussi Jaaskelainen: 8 – a calm, reliable presence at the back. Excellent in his handling, sensible in his distribution.

Donervon Daniels: 7.5 – a much better performance than what we saw against Burton.

Leon Barnett: 8.5 – a rock in defence and unlucky not to score on three occasions.

Jason Pearce: 8 – a quality central defender at league 1 level. Inspirational in his role of captain for the day.

Chris McCann: – looked comfortable at left back until being substituted after 40 minutes.

Don Cowie: 5- solid and hardworking, but uninspiring in his passing.

Reece James: 7 – solid in defence and enterprising in attack when moved to left back. Had a good shot saved in the second half.

Francisco Junior: 5 – promised so much but delivered so little.

Will Grigg: 5 – ineffective, withdrawn after 65 minutes.

Michael Jacobs: – his willingness to run at the opposition defence adds an extra dimension to Latics’ play.

Craig Davies: – a threat to the Southend defence.