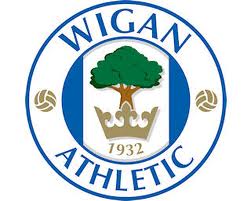 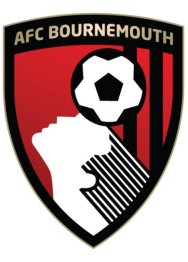 Results often improve after a new manager arrives at a football club that has been struggling. The challenge for the new boss is to maintain that improvement over a more extended period.

Uwe Rosler had made an impressive start to his reign at Wigan Athletic. He has already shown himself to be more tactically astute than his predecessor and he has quickly gathered an overview of the strengths and weaknesses of his squad. He lost his first match in charge at Maribor, when a ‘dubious’ refereeing decision against Chris McCann was pivotal. Since then Latics have been unbeaten, winning three and drawing three.

Rosler will be keen to show that the upturn in results since his arrival has been no fluke. Bournemouth stand in 16th place and are the kind of team Latics need to beat if they are to make a serious challenge for promotion. Callum McManaman will be keen to get his revenge on the Cherries after being sent off against them in the 1-0 defeat at Dean Court in August.

Latics will go into the match fresh, not having played a midweek match – a rarity so far this season. They will be keen to put last week’s blip of a 3-3 draw with MK Dons behind them.

Rosler has said that the injury situation is improving. Therefore we can expect Ivan Ramis to come back into the centre of defence with Leon Barnett. Ramis is a central defender of Premier League quality and will be outstanding in the Championship if he can maintain his fitness. Barnett has already proved to be one of Owen Coyle’s best signings, solid in defence and dangerous in the opposition penalty area. If he has a main area of weakness it is in his distribution, but Rosler will surely be working with him on that.

With Ramis and Barnett in the centre, Emmerson Boyce can be employed in his best position at right back. James Perch may well be switched to the left flank, providing defensive stability. However, Rosler might go for the attacking option with Jean Beausejour.

In midfield Ben Watson might be fit to return, but if so, will have to fight for a place with James McArthur, Chris McCann and Roger Espinoza. Espinoza has been left out in the cold for so long, but his ‘Man of the Match’ performance last weekend will help his chances. Jordi Gomez also comes into the reckoning.

If fit, Nick Powell will probably occupy the lone centre forward role. Rosler might be tempted to play the two wide men – Callum McManaman and James McClean – although there have been times when the presence of one has possibly inhibited the other. Both thrive on receiving the ball and if the midfield is stretched neither is going to get the service he needs. The other option is for Rosler to play a midfielder – such as Espinoza – in a wide position and to bring the other flanker on later in the game as the opposition tires.

The club’s official site has announced the signing of 19 year old defender Tyias Browning from Everton on a one month loan. Such short term loan signings can be questionable, but it could be that Rosler is looking for cover at centre back until Gary Caldwell is match fit.

Moreover Rosler has tried various formations, including  3-5-2.  Playing three central defenders cannot be ruled out given the quality that Wigan possess in that department. A back three of Barnett, Ramis and Rogne would be formidable at Championship level, let alone the prospect of a return for GC.

Whichever formation Rosler decides upon, Latics have much more quality than Bournemouth.

A resounding win for Latics is on the cards.