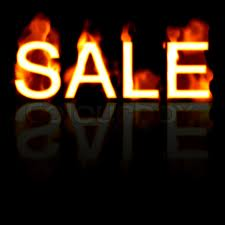 In May 2013 it looked like a fire sale was on its way at Wigan Athletic. Having lost its place in the Premier League the club looked ready to sell most of its prized assets.  There was a need to cut the wage bill to meet the harsh financial reality of relegation and to create a cash buffer. But fans were hoping that funds coming in from transfers would be used towards buying new players.

Around £20m was to be raised through the transfers of James McCarthy, Arouna Kone and Mauro Boselli. Moreover none of the players who were out of contract were to stay, relieving pressure on the wage bill. However, critics will question the club of not jangling a big enough carrot in front of the noses of players in the final years of their contracts. The combined market value of Antolin Alcaraz, Maynor Figueroa and Franco Di Santo might well have reached  £15m if they could have been retained.

So the club’s two biggest assets in terms of transfer value – McCarthy and Kone – were the ones who went, in addition to Boselli who had never broken through at Wigan.  The good news was that the remaining twelve senior players from the Martinez were staying, giving Latics a backbone of quality players in a lower league.  It was a great relief for fans to see players like Callum McManaman and Shaun Maloney staying at the club.

Unfortunately things did not go too well for those players under Owen Coyle, with few of them playing to their true potential and others, like Roger Espinoza and Fraser Fyvie, largely left out of the loop.

The arrival of Uwe Rosler has coincided to a return to form of so many of the Martinez men. James McArthur in particular has looked rejuvenated and there are signs that the inconsistent Callum McManaman is approaching his optimum.  Were McManaman able to prove that he could perform at his best for a full 90 minutes, week-in-week-out, he could command a transfer value in excess of £15m. However, he has a long way to go before getting to that point.

The  big fire sale did not happen  in summer, but there is considerable speculation to suggest that it might happen in this January transfer window.

Far too often the media is wide of the mark with its transfer news, but it can nevertheless cause disruption within football clubs. The names of most of Wigan Athletic’s currently most prized assets have entered the transfer gossip columns over the past week, but as always it seems hard to separate fact from fiction.

Were Ivan Ramis to have been fit in summer he might well have been courted by Premier League clubs.  It is no surprise to hear rumours  that both Crystal Palace and Cardiff City are keen to sign him in this transfer window.

Ramis played one match too many in a short space of time following his recovery from cruciate knee surgery, picking up a groin injury, which has kept him out of action recently. He would be a good acquisition for either club. However, he still has another 18 months left on his contract and Latics do not need to let him go at this stage, unless they get offered a price they cannot refuse, which is unlikely. Moreover Ramis would be unwise to move to either of the two clubs, given the distinct possibility that both will be in the Championship division next season.

Jean Beausejour is the most likely to leave and the media report that Steve Bruce wants him at Hull for only £750,000. The Chilean is a proven Premier League player and it would be a good deal for the Yorkshire club. As far as Latics are concerned his contract is up in summer and they will get nothing if they don’t sell him this month. However, it will be a case of the club losing one of its most skillful players.

Jordi Gomez’s future remains uncertain. There may be some last minute offers for him before the transfer window closes, but there remains the possibility of him running down his contract and returning to Spain.

It is ironic after all the criticism the player has received over the years from fans that many of them have started to recognize what a talented player he is. Too often Gomez has been played out of position, rather than in his best spot in the hole between the central striker and the midfield. However, although Rosler has been complimentary  about Gomez to the press, one wonders the German is looking for a player capable of launching attacks more rapidly. The loan signing of Josh McEachran suggests just that.

Ben Watson might well sign a new contract at Wigan, although an offer from another club could still come through.

Rosler has already sold Nouha Dicko to Wolves and there could be more. The most likely is Jean Beausejour. However, hearing that Rosler is seeking a defender on loan makes one wonder if Ramis will be leaving. Should Latics secure promotion this season then they would need players of the Spaniard’s quality in the Premier League. To let him go for a couple of million at this stage could be a mistake. It would cost a lot more to buy a player of such quality were promotion to happen.

Let’s hope Dave Whelan will support his new manager by keeping departures at a minimum during this transfer window.  There are genuine concerns among supporters about the best quality players leaving the club.

Despite the reverse suffered by a tired Latics at Doncaster last week, there is at least an even chance that they can make the playoffs. Although promotion next season is a more realistic target, this current team should not be written off.

If Rosler can make the sum of the parts to at least equal the whole then promotion this season remains within grasp. That is providing he does not lose a number of key players through a fire sale in this transfer window.