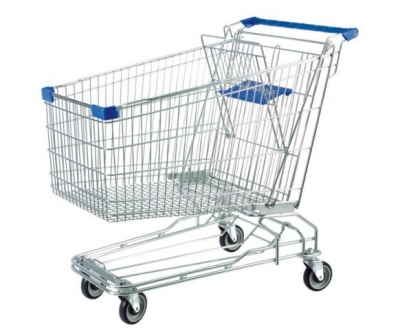 “We will be investing in our playing and coaching staff, and I think it’s important to keep working on changing the culture at the football club.”

So said Uwe Rosler to the Wigan Evening Post this week.

When Roberto Martinez took over as manager of Wigan Athletic in June 2009, he quickly got to work on changing the culture of the club. He started by bringing in Graeme Jones as his assistant manager, to be followed by coaching and backroom staff from his previous club, Swansea. Within four days of his appointment Martinez signed Jordi Gomez, who had been on loan at Swansea, from Espanyol. He was to bring in Jason Scotland from his old club a month later.

When the German was appointed in December, many of us expected him to bring in a swath of coaching and backroom staff from Brentford. Within a month he brought in Chris Haslam from his old club as Head of Performance. Alan Kernahan and Peter Farrell – assistant manager and first team coach – had left Brentford within a week of Rosler’s departure and it seemed a matter of time before they were installed at Wigan. It did not happen.

At the time the rationale among fans on social media was that Haslam had been brought in because of concerns in the fitness levels of Latics’ players. The non-arrival of Rosler’s trusted lieutenants was put down to either budget issues or Dave Whelan’s loyalty towards staff previously appointed.

Who would bet against either Kernahan or Farrell or both arriving over summer, given Rosler’s recent statement? Moreover will Rosler follow Martinez’s lead by signing players from his previous club?

When Martinez was appointed it was clear that he was going to employ the same playing style that had served him well during his time at Swansea. That was going to involve a paradigm shift for players who had played under the pragmatic Steve Bruce. However, Martinez had brought in playing and coaching staff to help catalyse the shift. Gomez had been the ‘player of the season’ for Swansea, making 44 starts and scoring 14 goals. Scotland had started in 48 matches, scoring 24 goals. Both fitted into the playing style that Martinez wanted and appeared to be good signings at the time.

Not long after the end of Martinez’s first season Scotland was gone. The Trinidadian just could not put the ball in the back of the net. Gomez struggled to establish himself and made more appearances off the bench than as a starter. The step up to the Premier League from the Championship appeared to have been too much for them.

However, Martinez continued to have faith in Gomez and the player persevered for three more years with his manager, despite hostility from elements of the crowd, but never establishing himself as a regular starter. But given his previous success in the Championship, Gomez appeared to be a key player for Owen Coyle at the beginning of the season. However, the Scot did not get the best out of Gomez, sometimes following Martinez’s habit of playing him wide on the right. However, the arrival of Rosler was to enable Gomez to play the football he was always capable of at Championship level, resulting in him being voted ‘player of the season’.

Following Rosler’s departure, Mark Warburton has done a great job at Brentford and they will be joining Latics in the Championship next season. Among the outstanding performers in their promotion season have been two 22 year olds – defender Harlee Dean and ex-Everton youth midfielder Adam Forshaw. Centre forward Clayton Donaldson is out of contract and could be subject to interest from Rosler. The 6’1” Bradford born player has scored 46 goals in 135 appearances for the Bees. However, he is 30 years old. Another fine performer for them has been George Saville, a 20 year old on loan from Chelsea, who can play in midfield and left back. The Italian Marcello Trotta, a 21 year old on loan from Fulham, has also been a key player in attack.

It remains to be seen whether Rosler will raid his former club for players. He told Wigan Today “I have a very good squad of players already available to me, but we have to tweak here and there.”

Rosler maintains that Latics do not need to sell any players but qualifies the position by stating that “Clearly every player at every football club has his price, but our players are under contract. I don’t think certain clubs would be able to afford them – unless we got the kind of offer we got for James McCarthy, which obviously any club would have to consider.”

Rosler’s statement echoes those made by Martinez during his time at Wigan, a reflection on Whelan’s willingness to let players leave if the price is right.

Despite the public statements it is likely that Rosler will sell some players over summer in order to raise funds to bring in new ones who would fit into his playing style. A left back and a couple of decent strikers will be foremost in Rosler’s shopping list. The latter are most likely to come at a cost, hence the need to raise funds.

As usual at this time of the year all kinds of speculation is floating around the social media. One day we get headlines telling us that Nick Powell is going to Leicester or Swansea, then later we hear that he will stay at Wigan. It’s crazy time.

Rosler has suggested he might have two signings lined up by the end of the week. Maybe those signings will give us inkling as to what is to follow?