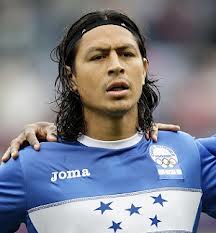 “Roger has trained very well for the last couple of weeks, he is in good spirits and he will be in the squad.”

Does that statement suggest that Uwe Rosler has welcomed Roger Espinoza back into the fold? The American/Honduran has played only 12 minutes of Championship football this season, coming after 78 minutes at Charlton. That was more than two months ago.

Curiously another statement from Rosler about Espinoza preceded the above in the media. In an interview with the BBC Rosler is quoted as saying that “Roger came twice to me and wanted to leave the club. He wanted to go back to Kansas. I think after he came back after the World Cup he struggled to find an appetite for football. His family is in the States, it was very difficult. “

There had been rumours in the press about Espinoza going back to Kansas City, but is this the real reason why he has been given so little playing time, first by Coyle, then by Rosler? Admittedly he did undergo a hernia operation early this year, but he recovered quickly and was soon back in training.

Was Espinoza snubbed for so long because he did not perform well enough in training or was it that he was missing his family? Given the way Espinoza plays could he truly have lost his appetite for football or has he been disillusioned by the lack of opportunity given him by Rosler?

If anything has been Latics’ weak point this season it is the midfield. They have collectively struggled to do their job – to protect their defence and provide service to the forwards. There have been so many occasions this season when the midfield has needed an injection of energy and passion. That is something Espinoza has always had in abundance.

Apart from the return of Espinoza to the squad – and hopefully a place in the starting lineup – the other good news this week is of the returns of Chris McCann and Ben Watson from injury. However, following a broken knee cap and a double fracture of the leg respectively, neither player is likely to be match fit for some time. Sometimes an under pressure manager can bring key players back too soon after injury. Let’s hope that it will not be the case with McCann and Watson. Around the Christmas period would seem to be a realistic time frame for their return to first team action, following games for the development squad.

For the moment, Rosler has injury problems to deal with. It could be for that very reason that he is bringing Espinoza back into the match day squad.

Let’s hope that is not the case and that the German is going to give Espinoza a genuine chance, through a run of games in the team.