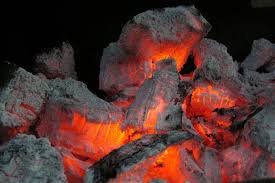 The flames of Malky’s fire sale have now subsided. Only the embers remain of the most successful era in Wigan Athletic history.

Is there method in this apparent madness in selling off the family silver? Does Mackay know what he is doing? In what direction is the club heading?

Malky Mackay may well be the least popular manager in Wigan Athletic’s history. But perhaps only someone with ratings so low would be willing to withstand the ire of the fans by selling off the club’s most talented players. Did Dave Whelan bring him in as the axe man, ready to chop away the dead wood, so that new and stronger roots could start up? Is that why he has seemed relatively unconcerned about the awful results during his tenure? Is he at Wigan for the long haul, come what may?

The club is at its lowest ebb for decades. There is no doubt that we will be seeing a new reality over the next couple of years. Gone are the glory days of entertaining the rich and famous clubs of English football. Moreover it looks like we can also forget about attacking football. Mackay’s teams have been built on defence and resilience, unattractive but effective. But even that would be an improvement on what we have seen these past months.

Over the transfer window Latics lost ten players, four of whom played in the FA Cup Final. Only one of those heroes now remains – the 35 year old Emmerson Boyce. Mackay was not fully able to stick with his plan of recruiting “hungry British players”. He did manage to get Leon Clarke, Billy McKay, Sheyi Ojo, Jason Pearce and Liam Ridgewell. But he also signed Cameroonian Gaetan Bong and Australian Chris Herd, with Korean Kim Bo-Kyung seemingly about to become the eighth new player.

One of the concerns under Uwe Rosler was that a squad of 30+ players was too big. Most of us expected a considerable slim down in squad size. In fact with Juan Carlos Garcia coming back from an unsuccessful loan period at CD Tenerife the squad has not shrunk much at all. Granted Latics have shed many of their highest wage earners, but the current squad certainly looks much lower on quality, if not in quantity.

Some fans would say that Uwe Rosler made appalling signings and put Latics into the situation they are in at the moment. Others would say that the players he signed had genuine potential, but they could not adapt quickly enough and never reached the levels expected. Then again, it could be argued that they were not well handled and that led to their demise.

Typical of football managers, Rosler wanted to bring in his own men. He went on to sign ten on permanent contracts. That made the squad large, with inevitable problems. His demise was precipitated by those players not gelling in the squad.

To be fair on Rosler, he had taken over players who had been recruited by managers whose preferred style of play was diametrically opposed. He did well last season to keep some kind of harmony between the ex-Premier League players of the Martinez era and the mish-mash of quality players and journeymen brought in by Owen Coyle. But bringing in his own men added an extra dimension of complication that eventually was to become insurmountable.

Now Mackay is trying to do the same.

However, unpopular though he might be, Mackay has had the blessing of the majority of fans in making major changes in the playing staff. Put simply, players on fat contracts just had not performed as they should. It has given him carte blanche to cull the legends of the Martinez era, something Coyle was unable to do.

The acid test remains for Mackay.

There are 18 matches remaining for Latics to salvage a season where promotion was once a realistic possibility. Relegation looms.

Fans will back Mackay in bringing in new men, “refreshing the squad”, in his vernacular. Given the woeful lack of commitment by the players over the course of the season, it has been looked on as necessary.

However, in the process he has lost most of the creative talent that was there. However, he could say that those players were not being effective and his new charges may be less talented, but can achieve more.

Frankly speaking, some of the players brought in by Mackay during this transfer window would not have been signed in previous eras. Expectations have been lowered.

However, he now faces the problem that Rosler had. That is “bedding in” of his new players. With only 18 games left that is a major issue.