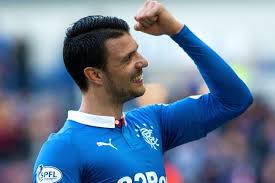 Can Gary Caldwell and his coaching staff get the best out of young players like Haris Vuckic?

Walking down the street in the suburbs of Boston with my son and one year old grandson, a stranger asked “Are you from Wigan?” Given the fact that the three of us were wearing Latics shirts the question was perhaps no surprise. But his next comment was. “Do you know they have just signed a guy from Newcastle?”

Coincidentally we had heard of Haris Vuckic’s signing less than five minutes before. This young American who we had bumped into surely knew his stuff – “Looks like a good signing” he said “My name’s Vince by the way. See you around.”

It was more evidence of Wigan Athletic’s global visibility. Eight years in the Premier League and winning the FA Cup helped that to happen. But will Wigan still be a name known on the streets of Massachusetts ten years from now? Can they get back up there with the big boys, within the media spotlight?

Curiously enough the signing of Vuckic could provide the kind of impetus Latics need to meet their more immediate goal, that of getting out of League 1. The big Slovenian has a lot of skill and a rocket shot with his left foot. A leftie was very much needed in an attack laden with right footed players. Moreover Vuckic can play in any role up front or in midfield. He will give Gary Caldwell extra options.

However, Vuckic is 23 years old and has still not established himself at Newcastle, despite being there for seven years. There had been rumors that Newcastle would release him, but they decided to give him a contact extension. Some of the pundits suggested they were doing that so they could sell him. His market value is reported to be around £450,000.

Will Vuckic make it at Wigan? Up to this point his main success has been a loan spell at Rangers, where he made the starting lineup and scored goals on a regular basis. But is the standard in the Scottish Championship akin to that of League 1? One doubts it.

Gary Caldwell and his recruitment team have done a fantastic job in signing no less than twenty new players up to this point. They have also shed players – seven free agents have left, three players have been sent out on season-long loans and nine have been sold at “give away” prices.

But Caldwell suggests that the intake of new players is coming to a close, acknowledging  a massive turnover of players, and that everyone who had wanted to go had gone, together with the exits of those that the club did not want.

The currently active senior squad is as follows:

Of these twenty eight  players no less than sixteen are 23 years old or younger. Only three are in the age range of 24-27 which was put forward as a recruitment guideline by chairman, David Sharpe.

The younger players could be placed into two broad categories – “up and coming” and “not yet achieved their potential”. The old adage tells us that young players need time to develop. Caldwell’s challenge is to develop those young players under the pressure of  the challenge for promotion so actively sought by the chairman.

Haris Vuckic is a typical example in the second category. Will Caldwell and his coaches be able to get the best out of the 23 year old?Or will he fall by the wayside as have so many other young players at the club over the past couple of years?

It appears that Caldwell’s quest for Huddersfield’s James Vaughan is over. Given the player’s history of injury problems it was certainly going to be a gamble. He had already gambled by taking on Craig Davies and Kevin McNaughton, given their injury issues at Bolton last year.

Sadly McNaughton is injured again, together with Don Cowie. Grant Holt continues his rehabiliation from an anterior cruciate knee injury, but will he be able to reach the levels of fitness needed to make his mark this season? Caldwell’s latest headache involves an injury to captain and defensive lynchpin, Craig Morgan, who will be out for 3-4 weeks.

Caldwell will largely depend on his more experienced players, but the younger ones will clearly have a role to play. The question is whether the younger players can mature quickly enough to command regular first team places. For the moment Caldwell is depending on an 18 year old, on-loan right back in Jonjoe Kelly with McNaughton out for a matter of months.

Moreover Caldwell is faced with Kenny’s absence on England under-21 duty for the visit to Chesterfield tomorrow. Tim Chow has played in that position for the development squad, but has only just come back from injury and may not be match fit. Caldwell has already talked about changing the shape for tomorrow, but he will be forced to play a midfield player – possibly Max Power – or a central defender at right back.

Caldwell’s squad is brimming with young players with lots of potential. It is the time of reckoning for the coaching staff at the club. The development of the younger players is largely in their hands and they need to step up to the plate. The demise of the likes of Delort, Forshaw, Kiernan, Tavernier and Taylor-Sinclair last season put the club back when it should have been moving forward. There is a new batch of players of similar ages who must not be allowed to fall between the cracks.

It is the emergence of young players such as Haris Vuckic that can make the difference. But can Caldwell and the coaching staff do it, given the pressure of promotion weighing so heavily upon them?