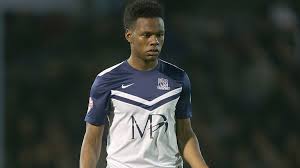 Shaq Coulthirst – his short term loan is soon to expire.

“Even with five changes from Saturday, the team played the same way – they had the same control of possession, they attacked with a real threat. It’s good to know you’ve got that back up sitting waiting to come on when necessary.”

Gary Caldwell quoted on Wigan Today regarding the 3-2 victory at Crewe on Tuesday.

Caldwell had made the maximum five changes from the previous match that he was allowed according to Johnstone’s Paints Trophy rules. The players brought in to the starting lineup were Jack Hendry, Francisco Junior, Andy Kellett, Sanmi Odelusi and Yanic Wildschut. He went on to bring Don Cowie and Grant Holt off the bench for their first starts of the season. Tim Chow also came on as a substitute, with Richard O’Donnell staying on the bench.

A total of no less than 21 players played in the last two matches for Wigan Athletic out of a squad of 29. Some players were unavailable – Jordan Flores (suspension) and Shaq Coulthirst, Craig Davies, Haris Vuckic, Kevin McNaughton and Jason Pearce due to injury. Richard O’Donnell was on the bench for both games, with Ryan Jennings and Sean Murray not making the squad for either.

The departure of Jonjoe Kenny left Caldwell’s squad looking bare at right back/wing back, but the signing of Donald Love and with Donervon Daniels showing he can do a good job in that position has eased anxiety. Moreover Coulthirst has returned to the club from Tottenham and Yanic Wildshut has been signed on loan.

Caldwell’s comment indicated his satisfaction of having strength in depth. This is certainly the case, at least in the short term.

However, having a large squad can create complications as Uwe Rosler found out last year. Is Caldwell going to run into the similar problems, having to regularly rotate his squad in order to give all of them game time?

The lessons learned from last year are still ringing in the ears of Latics fans. Is Caldwell going to have to deal with disgruntled players left out in the cold? The logistics of rotating a squad of 29 players are mind boggling, let alone not having a settled team.

It appears that Coulthirst, Davies and Vuckic are close to returning from injury. Providing no further injuries or suspensions impact upon the squad before their return it will leave Caldwell in the position to choose his strongest starting eleven from a pool of 27.

Of the 29 in the squad there are 6 players on loan. Two of those – Jordy Hiwula and Haris Vuckic – are on season-long loans. The other four – Junior, Love, Murray and Wildschut – are on short-term loans. Coulthirst’s loan expires on November 1 and Love’s a month later, those of Junior and Wildschut in January.

Bringing in players on short-term loans is a relatively new experience for Wigan Athletic. Last season Rosler brought back Maynor Figueroa for a brief spell, followed by Malky Mackay bringing in seven. Moreover many of Mackay’s loanees were young players, causing a controversy among fans whether they should be given priority over home-grown young talent.

Up to this point Caldwell has been able to manage the two. He has given opportunities to the likes of Tim Chow, Jordan Flores and Ryan Jennings within the club, whilst bringing in the short-term loanees. Caldwell got a rude surprise when Everton recalled Kenny, although the same club had allowed Junior to extend his loan period.

Kenny is clearly an up-and-coming player at Goodison and will be there long-term. Junior’s contract will be up at the end of the season and at this stage it is unlikely that Everton will renew it. Junior has impressed in the relatively few appearances he has made so far. Fitness has been an issue. Junior has made five starts, being taken off in three of them within the first 56 minutes. However, it is to be noted that Junior completed the full 90 minutes at Crewe. He has already picked up three yellow cards.

Junior has clearly struggled to attain the levels of fitness necessary to make him a permanent choice in Caldwell’s team. Moreover he has had to make a major adjustment to the physicality of League 1. Come January Caldwell will need to make a decision whether to pursue the permanent signature of the player. Junior oozes class in a League 1 setting and were he to be fit and fully adjusted to the pace of the play, he would surely be an asset Caldwell would want to keep.

Caldwell certainly has a squad with strength in depth. But he will be challenged to name a settled team on a regular basis, given the size of the squad. He might even look at reducing its size over the coming months. The strength in depth could prove to be a millstone around his neck.