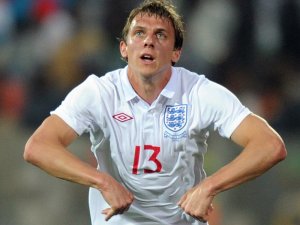 The “New Era” recruitment team at Wigan Athletic already had an impressive record, but the announcement of the signing of Stephen Warnock is really the icing on the cake. Warnock turned 34 in December and his loan signing might be short term, but with over 200 career appearances at Premier League level he will surely have much to offer in League 1.

The long term injury to Reece James and a two game suspension  for Chris McCann left Gary Caldwell short of options at left back/left wing back. Against Peterborough on Saturday he moved Reece Wabara across from the right to play there, while McCann was rested on the bench.  The 22 year old Andy Kellett had been signed as the back-up left sided defender, but in most of his appearances he has been played further forward. Moreover Kellett has been dogged by injury. His last first team appearance was against Gillingham in early January.

Warnock was born in Ormskirk and has two caps for England. He came through the Liverpool youth system, going through loan spells at Bradford City and Coventry City when in his early twenties. He went on to make 40 Premier League appearances for Liverpool before moving on to Blackburn and Aston Villa, subsequently dropping down to the Championship in 2012 with a loan move to Bolton. He was then to move on to Leeds United before signing for Derby County in January 2015.

Warnock has made 30 appearances in the Championship for the Rams, but the arrival of a new manager in January has seen his first team opportunities become limited.

With James still injured and McCann serving a two match suspension we can expect Warnock to go straight in the team for the visit to Colchester on Saturday. Moreover his arrival gives Caldwell more flexibility in being able to use McCann in the centre of defence or midfield.

The performance on Saturday was surely affected by losing three players to injury by half time. Jussi Jaaskelainen and Jason Pearce are key players in the promotion push and Caldwell will be hoping they will be back for Saturday. He will also hope that Conor McAleny will be back soon, although he has an obvious replacement in Haris Vuckic. Kevin McNaughton is getting closer to full fitness and will surely challenge Reece Wabara and Donervon Daniels for the right back position over the coming weeks. A back four of McNaughton, Craig Morgan, Pearce and Warnock would rank among the most experienced and accomplished in the division.

When Michael Jacobs was in injured at Crewe at the end of January it looked like Latics would be short on creativity, although the signing of Ryan Colclough has certainly helped. However, Jacobs was one of the main driving forces in the new era side until his injury, one of the best attacking midfielders in the division.

The return of Jacobs, apparently still a couple of weeks away in terms of fitness, together with the advent of Warnock could be crucial in the bid for promotion.

Warnock is a terrific addition to the squad, albeit with just 11 league games to go.