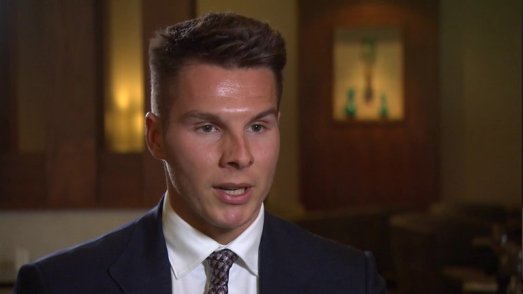 “The squad is in good shape: it doesn’t need major surgery.”

Journalists use headlines to grab our attention. Sometimes they give us a good idea of what the article is all about, sometimes less so. Some internet sites use information already made public on others, repackaging it under a different label or more compelling headline. After a while you get to know which sites do that and learn to steer clear and not be drawn in.

If you get most of your Latics news from the internet you will almost certainly be using a news aggregator. NewsNow is the one I most commonly employ to check out Latics facts, opinions and gossip. Every day they give a list of the most  popular clicks and the other day  I found one at the top of their list entitled “From a Wigan reject to a Serie A star – Rangers’ rebuild gets serious.”

It was by no means a bad article, published on a Rangers fan site, largely enthusing about the Scottish club’s signing of an experienced Portuguese defender.  But what had drawn me to the article was the “Wigan reject” tag. This came in the penultimate line with the phrase “From Rob Kiernan to Bruno Alves”. No further comment was made about the ex-Wigan player, but the inference was that Alves is a much better player. In the end I wondered why I had read it.

I noticed one this morning that persuaded me to immediately click on the link. It was near the top of the charts, entitled “Sharpe: Some players need to change their attitude.” I found it hard to believe that the chairman would openly and blatantly criticise his players in public. It just did not fit in with his profile. Did he really say that?

In fact, no quote as such appeared in the article, which was focused on possible changes in playing staff with a new manager coming in. Sharpe was quoted as saying: “You’ll see some movement, no doubt.  I think he wants to get the players back in for pre-season and I think within a couple of weeks he’ll know who he wants out and who he’d love to keep, so that’s his decision.If there’s any players not buying into him and his way of thinking I’m sure they’ll be quickly moved on.”

So it looks like Sharpe never did say that some players need to change their attitude, thank goodness. Wigan Athletic did have a bad season, but most of that was probably more related to mismanagement rather than to lack of effort from the players. But although I was relieved in one sense, reading through what the chairman was quoted as saying was perhaps equally disturbing. Is it a signal that there will be even more upheaval in the playing staff over summer?

A couple of  days earlier, on Paul Cook’s appointment,  Sharpe had been said:  “I think the club but also the squad was the attraction to Paul; it gives him the chance to be at the top end of League One and that will be his aim. The squad is in very good shape; it doesn’t need major surgery but he may want to do a few bits if a couple of players leave but the core of it is very good and that was a big attraction to him.”

Reading between the lines of what Sharpe said, and on the basis of what has happened in the past, it appeared that he was largely willing to keep the squad intact. Two of the club’s most saleable assets – probably Will Grigg and Dan Burn – would be sold off to help balance the books in a season where revenues would not come close to paying a wage bill of players coming down on Championship salaries.

But Sharpe’s latest statements give cause for concern. When is the upheaval at Wigan Athletic going to stop? 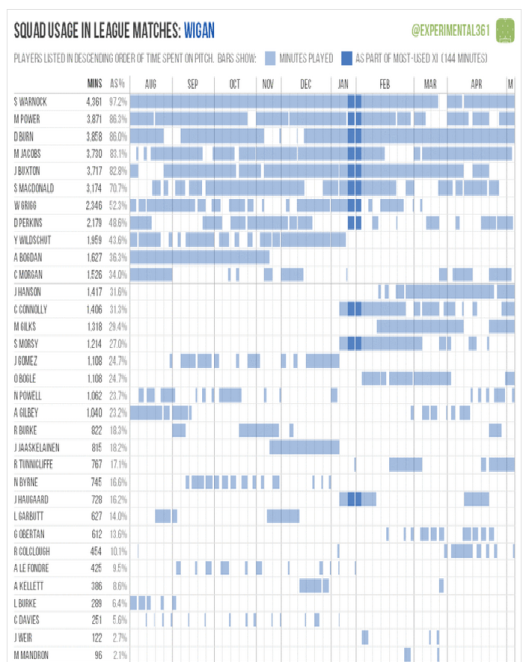 The chart above shows that Latics used 41 players last season, indicating more turnover than any other club in the EFL. It mirrors what has been happening for far too long. Instability has eaten away at the foundations of Wigan Athletic Football Club.

Although Sharpe stated that he thought the squad had been attractive to Paul Cook, there is also the other side of the coin. That is of a new manager coming in and wanting to bring in his own players. Will we once again see wholesale changes as we saw in the summer of 2014 under Uwe Rosler, in January 2015 with Malky Mackay, in the summer of 2015 under Gary Caldwell and in January 2016 with Warren Joyce?

Let’s hope not. It is rumoured that the concept of a Director of Football was mooted at Wigan Athletic, but was rejected. One advantage of that position is having someone with an overview on potential turnover at the club. In the absence of such a person are we going to continue with the process of a new manager coming in and breaking up the squad he has inherited?

Gary Caldwell was, to a large degree, forced through economic necessity to release a whole flock of players on lucrative contracts in the summer of 2015. The line-up in the first match at Coventry had just one player – Chris McCann – from the previous season. It took months for the new players to gel and it was only in January that the results started to turn.

If anything, next season’s League 1 looks stronger than it was a couple of years ago. Blackburn Rovers will be buoyed by Venky’s money, Portsmouth maybe even more so if ex-Disney billionaire, Michael Eisner, takes over the club. With three up and four down each year the composition of League 1 varies significantly each season. The map for League 1 in the 2017-18 season reveals a number of clubs strong enough to challenge for promotion and the prospect of derby games against six other clubs in the North West. 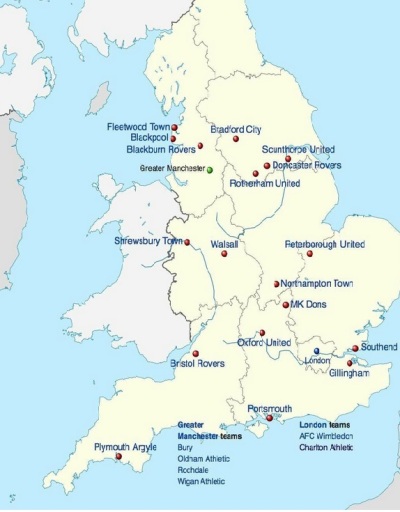 Over recent weeks we have seen the departure of Graham Barrow, James Barrow and John Doolan from the coaching and conditioning staff. Only two the players whose contracts were expiring – Jordan Flores and David Perkins – have been offered extensions. Crowd favourite and captain, Stephen Warnock, has left. Garry Cook has come in at board level, Paul Cook and Leam Richardson as manager and assistant.

The question is whether the nucleus of the current squad will be retained over summer. Although Sharpe previously said the squad does not need major surgery has there been a change of mind with the arrival of a new manager?

When will the turnover of players at Wigan slow down?

Let’s hope it will be this summer.