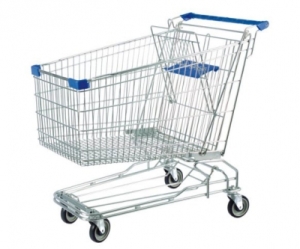 A year ago, Paul Cook was manager of a Portsmouth side in fourth place in League 2, seven points shy of an automatic promotion position. Over the January transfer window he picked up four new players, with three leaving. Of the new players midfielder Jamal Lowe went on to make 17 appearances and striker Eion Doyle 12.

Wigan Athletic are currently top of League 1, four points ahead of Shrewsbury Town and five ahead of Blackburn Rovers. Given the circumstances, can we expect much activity from Cook over the January 2018 transfer window?

Over the summer Cook did an excellent job in ensuring that he had a minimum of two players competing for each position, except for the right back berth.  Up to the transfer window 12 players were brought in and a greater number moved out as Cook reduced the size of his squad. Wigan Athletic did not pay any transfer fees in the summer recruitment.

Nathan Byrne has not only occupied the right back position for all the 21 league games up to this point, but has not missed a single minute. Although it could be viewed as an indication of Byrne’s excellent form and fitness, it could also be said that Cook had no real alternative.

In summer Cook released his other specialist right back, Luke Burke, for a loan period at AFC Fylde. At the time it appeared a strange decision, but there remained the possibility of Max Power or one of the centre backs moving across to the right, if needed. Moreover, Burke had not looked the player he had been a year earlier when he was to enjoy a brief spell in Gary Caldwell’s Championship division side. Up to this point Burke has been a regular starter at Fylde, his confidence returning as a result. Burke is still only 19 and signed a long-term contract for Latics last year. His loan at Fylde expires in January. The question is whether Cook will bring him back or allow him to continue to bolster his confidence by prolonging the loan. Should Burke not return in January, Cook will surely scour the market for a specialist right back to challenge Byrne for his place. Ironically it could well be a loan signing.

The other loan decision Cook will need to make is that of Jack Byrne at Oldham. The young Irishman’s loan deal also finishes in January. Despite rumours of him lacking fitness, Byrne has been a revelation for the other Latics. He is the obvious candidate to compete with Nick Powell for the number 10 spot. The question is whether Cook will want him back with things going so well.

Cook will need to be cautious in terms of changing the chemistry of a squad that has high morale. Providing there are no surprise departures he will keep changes to a minimum. Last January the departure of Yanic Wildschut to Norwich helped to seal relegation. Latics fans will be praying that they will not lose a key player again this year.

However, Sun journalist Alan Nixon continues to tweet about a takeover:

Should this takeover be finalised prior to the January transfer window, what would be the implications for the remainder of the season? Would an incoming new ownership want to splash money in January by recruiting players who could be an asset in the Championship? Or would they want to keep the status quo until next season?

It promises to be an interesting time coming up at Wigan Athletic.