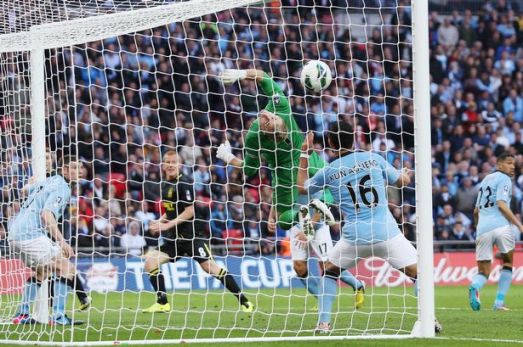 Watching Wigan Athletic over the years there have been so many memorable moments. David Unsworth’s penalty at Bramall Lane, Hugo Rodallega’s header at Stoke, Amr Zaki’s blockbuster at Liverpool; not forgetting Ben Watson’s fateful finish at Wembley. We all have our favourites: those that will stick in our minds for years to come.

Most of the ones I remember are associated with key moments in big games for Latics: those that influenced promotion or relegation, winning the FA Cup. I do not recall many from pre-season friendlies.

The encounter on Saturday had the look of a pre-season drubbing. Two goals down after just 11 minutes to a Burnley side that looked like they could go on and win by an emphatic margin. But Latics came back, thanks to moments of inspiration from a couple of young players.

Josh Windass is still only 25 and has not yet reached his peak. Some 20 minutes after Burnley had scored their second Windass produced a touch of class, superbly eluding his marker on the by-line to cut the ball back for Anthony Pilkington to score. Minutes later he shot from just inside the Burnley half, almost catching the goalkeeper out of position.  Windass has showed moments of genuine class before but has not been able to add consistency to his game, tending to drift in and out of things.

Joe Gelhardt is 17. He plays with the air of someone who is not afraid to express himself on the football field. He has a great left foot, pace and vision. Burnley are a big, physical team with robust defenders, but Gelhardt was not intimidated. His goal from Antonee Robinson’s cutback was scored with aplomb.

It is no surprise to hear that other Championship clubs are interested in acquiring a player of Windass’ potential.  He still has time to iron out the flaws in his game and become a coveted player. He has a pace and directness that can trouble opposing defences.

Paul Cook has already intimated that Gelhardt and his fellow 17-year-old Jason Weir could have a role to play in the senior side this season. Were this to become the case it would be a revelation after so many young homegrown players have been denied opportunities in the past by cautious managers fearful of throwing them in at the deep end. So often they have featured in pre-season but have had to take a back seat to young loan players from big clubs who have been brought in.

So many have been sent off on loan to clubs in lower divisions, including non-league. Few have come back and been able to establish themselves as senior squad members. Callum Lang is back at Wigan after two seasons at Morecambe and Oldham. He is still only 20 and has 72 appearances under his belt in the EFL, notching 23 goals. Will Lang be given the chance to prove he can deliver in the Championship, as he did in League 2?

Performances in pre-season games can so often be poor predictors for what is going to follow over the course of the season, when new players will come in and some will leave. But draws with Everton and Burnley will no doubt boost confidence within the camp.

There been much talk in the social media and message boards about Wigan Athletic’s inability to sign players to bolster their squad. Bids of £3-4m were made for centre forwards from Premier League clubs, Sam Gallagher and Jordan Hugill. Neither bid succeeded, but it could be seen as a statement from Darren Royle and IEC that they are willing to seriously invest in the transfer market. Gallagher and Hugill have mediocre career strike records so we can assume that Cook is, above all, looking for a target man, with the weight of goalscoring placed primarily on midfielders.

That Nixon mentions possible interest in Nmecha is therefore no surprise. The big German scored 4 goals in 38 appearances for Preston last season, either at centre forward or on the wing.

But Cook already has five players in his squad who were used as wide players last season: Michael Jacobs, Gavin Massey, Kal Naismith, Anthony Pilkington and Gary Roberts. Interest in Nmecha would most likely be as a target man. But why is the manager offering some £2.6m to bring in Jamal Lowe from Portsmouth, who is a right winger? Is someone on their way out? Or is the manager intending to use some of them in other positions, such as #10?

Up to this point Latics have signed three players: David Marshall (goalkeeper), Antonee Robinson (left back) and Lewis Macleod (centre midfield). Lowe and Joe Williams appear to be available at the right price, although there will be competition from other clubs. Reports suggest that Latics continue to be interested in signing the 19-year-old Chelsea right back Dujon Sterling on loan. Leonardo da Silva Lopes was the starter in that position on Saturday, after being used as a winger against Everton.

Recruitment for most Championship clubs will surely go down to the wire, as it has in previous years. As things currently stand Latics have the experience from the likes of Danny Fox, David Marshall and Gary Roberts to counterbalance the youth of such as Joe Gelhardt and Jensen Weir. With Michael Jacobs, Gavin Massey, Leo Da Silva Lopes, Josh Windass they have pace further forward.

But we can expect more movement over the coming nine days. That will most likely include players leaving to raise funds to offset the transfer fees to be paid out. How long will those moments of inspiration from Gelhardt and Windass stick in the memory? Football clubs are places of constant turnover and who knows what will happen next?