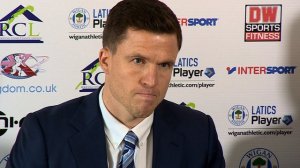 Gary Caldwell continues to lower the average age of his squad.

“You can’t win anything with kids”.

So said Alan Hansen after a young Manchester United side had been beaten by Aston Villa. United’s lineup had featured an 18 year old Phil Neville, plus 20 year olds David Beckham, Nicky Butt and Paul Scholes, together with the 21 year old Ryan Giggs. They went on to win the Premier League that same season. Hansen’s comment became infamous in English football history.

As did Alex Ferguson twenty years ago, Gary Caldwell too has put a considerable amount of faith in young players. In fact three of them rank in the top four this season as far as appearances are concerned. That trio of Donervon Daniels, Reece James and Max Power are all 22 years old.

Over the January transfer Caldwell has continued to lower the average age of his squad. Don Cowie (32) and Grant Holt (34) left the club by mutual consent. In came Ryan Colclough (21), Conor McAleny (23), Sam Morsy (24) and Reece Wabara (24). Goalkeeper Dan Lavercombe (19) replaced Richard O’Donnell (27), although for the moment he is back at his previous club, Torquay. Midfielder Danny Whitehead (22) was also signed and loaned back to Macclesfield Town. Yanic Wildschut (24) was signed on a permanent contract following his loan spell from Middlesbrough.

Caldwell and his recruitment team have done a fine job, bringing in no less than 29 new players since summer. Moreover there are signs that the players are starting to gel and the team is starting to approach the point where the whole is at least the sum of its parts. Hopes for automatic promotion have been raised, although it remains a difficult task given the consistency of the teams above them.

Wabara has filled the problematic right wing back position, with Kevin McNaughton now back in training. A few weeks ago losing Michael Jacobs to injury would have left the team short of creative input. But the emergence of Haris Vuckic and the arrival of the confident and accomplished Colclough have helped allay concerns. Morsy has come in to add some steel to the midfield, potentially the replacement for David Perkins, who is now 33. The squad now has a better balance than it did a month ago.

Whether Latics will achieve automatic promotion remains to be seen. But with the talent at Caldwell’s disposal they will pose problems for any team in League 1. The least Latics are currently heading for is a place just below the top two, but  getting promotion through the playoffs is a precarious business where confrontations can be tight and so easily effected by unexpected events. The worst case scenario is at  least one more year in League 1.

Next season Latics will receive around £12 million in parachute payments, the final instalment. If they remain in League 1 they will be able to continue operating a budget three times higher than most clubs in the division. However, if promotion is achieved they will face fierce financial competition from Championship clubs, some boosted by much larger parachute payments, others buoyed by funding from benefactor owners. Moreover when their own parachute payments run out they will be faced with competing on an uneven keel against almost all the clubs in the division.

It is for these reasons that having a quality recruitment programme is key to the club’s long term future. Scouting for bargains in younger players coming from clubs in lower divisions or those released by big clubs will be the order of the day.

At the same time the club will need to be able to attract top teenage talent into its academy. Gregor Rioch came with a fine reputation in building up an academy at Coventry and he has already produced results at Wigan. The under 18 team breaking a club record by reaching the fifth round of the FA Youth Cup and taking Manchester City into extra time is an indicator of how much progress has been made. As in previous eras many of the youngsters recruited have come from the greater Manchester and Liverpool areas, often after being at a Premier League club. The recent loan moves of the 18 year old Adam Anson and the 19 year old Louis Robles, both previously in the Liverpool academy, to Macclesfield continue to show that the club seeks to toughen up the younger talent it is nurturing by sending them to clubs in physically competitive leagues. Sam Cosgrove, 18, previously at the Everton academy, has already had loan spells at Barrow and Chorley.

Over the years Alan Hansen might have come to rue his assertion that “You can’t win anything with kids”. But Premier League stats suggest that there is some degree of validity in his statement. When Manchester United won that title in 1995-96 they had six players under the age of 23 who played in 10 games or more. But nothing of the kind has happened since. In fact the average number of under 23s playing regularly in Premier League title winning squads over the last 20 years is less than three.

The success of Manchester United’s young players those two decades ago was clearly exceptional. But perhaps more importantly those players were to stay at the club, providing the backbone of the team for years to come.

Gary Caldwell will be hoping that this will prove the case for the majority of the young players he has recruited over recent months. He and his recruitment team are striving to build the backbone of a squad to serve the club for years to come.