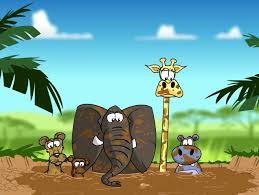 Rugby League has never really appealed to me. In my pre-adolescent days Wigan RLFC used to have a good deal for kids. You could go and watch the famous Cherry and Whites for threepence in the ‘hen pen’ behind the goals. I did it twice, once when they beat Hull and finally when Ryan Giggs’ father, Danny Wilson, inspired Salford to victory there.

Central Park was just five minutes’ walk from where I lived, right next to the town centre. So when my dad asked me if I would like to make the longer crosstown walk over to Springfield Park on a rainy day I had to think twice about it. But from the moment I watched Latics that first time, as an eleven year old, there was no way I was going back to the hen pen.

I have maintained little interest in watching the local rugby team playing a sport that I have rarely found entertaining. But on Saturday I tuned into the second half of the World Club Challenge game between the Warriors and the Brisbane Broncos. The commentators were waxing lyrically about what a good game it was, but all I could see was the Warriors penned into their own half, unable to move forward on a quagmire of a pitch. It was dull stuff until they surprisingly broke away from their own half and equalized near the end of the game. By that time the pitch was totally ruined, so a little bit more punishment caused by the game going into extra time was not going to make that much difference.

It is the first rugby league game I have watched for ten years and a similar time period could elapse before I watch another. The pitch clearly made things difficult for both teams. It made me wonder if the Warriors would have been able to hold the Broncos to such a tight margin if the pitch had been better. Then my thoughts turned to the Cardiff match. Could it be that the quagmire pitch might actually help Latics?

The term ‘quagmire’ can be used to describe not only the DW Stadium pitch, but also the current plight of Wigan Athletic. They are stuck in a quagmire in their fight to avoid relegation. Most of the more skilful players in the squad have deserted a sinking ship and the manager has the most unenviable record in the Football League of W2 D3 L10. Moreover Malky Mackay’s plans have been hit by long term injuries to Emyr Huws, Chris Herd and Leon Clarke, plus a two week absence for William Kvist who has been the team’s most consistent performer over recent weeks. Having shipped the likes of Delort, Kiernan, Riera and Tavernier off on loan he is left with a squad that is starting to look threadbare.

Mackay and Latics are certainly in a quagmire and there appears no way out of it. The manager has dismantled the old squad, brought in new players, but performances continue to be well below par. Latics have got worse, not better, during Mackay’s tenure. Dave Whelan is back in town and clearly worried about results. If Latics do not beat Cardiff tonight will he be showing Mackay the door?

Cardiff City’s form has also slumped over the past couple of months, so Latics will face another side low on confidence like themselves. It would appear to be a real opportunity to pick up three precious points, but over recent weeks Latics have thrown away games against teams in similar situations. The home defeats to struggling Rotherham and Charlton sides were a bitter pill to swallow. But can they actually win tonight playing on that quagmire of a pitch?

The critics would say that good football has not been evident since Mackay’s arrival, with goals from set pieces the order of the day. The pitch could stifle any attacking moves from the opposition and a goal from a set piece could win it. Mackay will rue the absence of Kvist, with his long throw-ins.

It is likely to be a grim night for lovers of good football tonight at the DW Stadium. But it is the result that is paramount. A win for Latics would provide at least a ray of hope for the future. Less than that will surely bog them down even more in the quagmire that Mackay finds himself in.