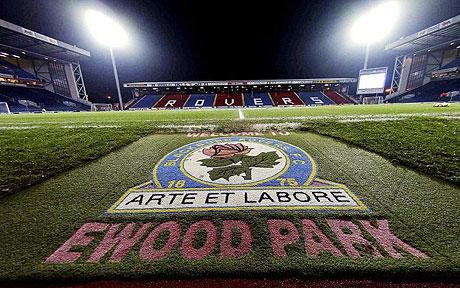 It seems a long time has passed since the last away game. In fact it was a month ago when Latics went to Charlton in an air of uncertainty following a League Cup exit to Burton Albion. Uwe Rosler’s honeymoon period as manager reached its end when Charlton snatched the points with a freaky last minute goal.

In contrast Latics go to Blackburn tomorrow in a mood of buoyant optimism. Ewood Park has rarely been a happy hunting ground for Latics and there might well be another adverse result, but fans are now more confident about what lies beyond. As a result of recent transfer activity Rosler has built a formidable squad, with quality players competing for places in every position.

One of the questions fans are now asking is whether Rosler will revert to his squad rotation mode after keeping a consistent starting lineup in the last three matches. Moreover will he stick with that same 3-5-2 formation that has produced improved results? Will he bring in his new signings: Andy Delort, Andy Forshaw and William Kvist?

Squad rotation is a prickly issue with many supporters. Those opposed to it will cite the example of Burnley who won promotion after sticking to a consistent starting eleven throughout the course of the season. In fact, Burnley used 23 different players in league games last season. However, three players – Tom Heaton, David Jones and Jason Shackell – started in all 46. Moreover another seven started in 37 games or more.

In contrast Wigan used 34 players in the league last year. However, in all competitions they played 11 matches more than Burnley over the course of the season. Leon Barnett and Emmerson Boyce both started in 39 games, James Perch in 38 and James McArthur in 37.

Rosler will cite the example of Alex Ferguson, who never picked the same team twice. He remains a fan of squad rotation, dating back to his formative years as a player under Otto Rehhagel at Kaiserslautern. Rehhagel is one most successful coaches in German football history, but perhaps better known as the coach of the dour Greek side that won the European Championship in 2004. However, Rehhagel won the Bundesliga with Kaiserslautern in 1998 with a newly promoted team that attacked with verve and seemed to have hidden depths of energy. Rehhagel operated a rotation system, with the result that all players in the squad felt involved and had a part to play. The result was a strong team spirit.

Given his previous history and the fact that he now has a very strong and well balanced squad, Rosler is likely to continue his rotations. However, most fans will hope that he will not be making wholesale changes in consecutive matches. There is the alternative of giving a player a run of games, then resting him.

For tomorrow’s match Rosler will most likely field a similar lineup to the team that beat Birmingham some two weeks ago. If he continues to opt for 3-5-2 he will probably choose between Ivan Ramis and Leon Barnett to play alongside Emmerson Boyce and Rob Kiernan in the back line of three. The heading ability of Barnett could be a useful tool against Blackburn who play with two big men upfront.

Kiernan continues to have the backing of the manager, having kept his place despite more experienced central defenders challenging him for a place. The ex-Watford player is particularly strong in coming forward to intercept balls before they reach the strikers. Moreover his passing from defence is getting better and better. Last time Latics played at Ewood at the end of last season they were undone by the central strikers, the 6’ 4” Frenchman Rudy Gestede and the 6’1” Scot Jordan Rhodes, whom they are likely to face again tomorrow.

Of the new players neither Delort nor Forshaw is likely to be match fit, although one or both could appear on the bench. However, William Kvist has played two games in the past week for Denmark. He played a full 90 minutes in the friendly against Turkey, followed by 74 minutes in the European Championship win against Armenia.

Despite the loss of James McArthur, Rosler has options in midfield. He might be tempted to put a solid wall in front of his defence by including Kvist alongside Cowie in holding midfield, pushing Emyr Huws further forward.

James McClean has recovered from injury, although he is not yet fully match fit. He could well come off the bench for Callum McManaman at some stage of the proceedings.

Blackburn have beaten Latics in 6 of the last 7 matches at Ewood Park, in all competitions. They are currently level with Wigan having 7 points from 5 games.

Given past history and the strength of Blackburn’s squad, tomorrow is likely to prove a difficult test. Latics can expect a strong physical challenge from the home side with balls raining in to their penalty box.

Physical fitness has been problematic for Rosler’s squad so far this season. Tomorrow represents an acid test.