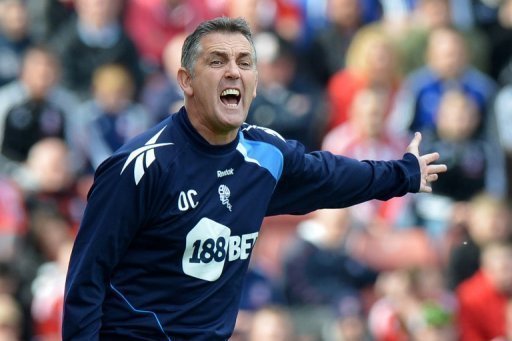 What a breath of fresh air Owen Coyle has brought to Wigan. Like him or loathe him he cannot be criticized for sitting on his backside and waiting for things to happen. Within the place of week he has signed two new players who look like a really good fit for the club. At a time of doom and gloom, when it looked like the heart was being ripped out if the club, he has come in and his positive outlook has already started to lift our spirits.

Wigan Athletic were stuck in limbo during the ”Will he stay or will he go “ saga with Roberto Martinez. Worse was to follow -even before the charismatic Spaniard had been unveiled as Everton manager – there were stories about him raiding his old club for playing and backroom staff. It seemed like he was going to be the main destroyer of the infrastructure he himself had painstakenly built in his four years at Wigan.

Reports suggest that Martinez is coming back from vacation and is ready to start forming his backroom staff at Everton. Graeme Jones is a probable departure to Goodison, but we will have to wait and see if Graham Barrow and other coaches and backroom staff will go too. Once again we seem to be waiting for Martinez and it is not an ideal situation for Coyle to come into as new manager.

At this stage it looks like each of James McCarthy and Arouna Kone already has a foot out of the door. However, there have been reports saying that Callum McManaman wants to stay and that could be of huge importance for a promotion push. Championship defences will not relish the prospect of dealing with McManaman’s speed, trickery and directness on one flank and the dangerous, curving crosses coming in from Jean Beausejour on the other.

There has been much said about Latics allowing players to run down their contracts over the past couple of years. Maynor Figueroa has already gone to Hull, Roman Golobart to Cologne and it looks odds-on that Antolin Alcaraz will go to Everton.

Figueroa was a real stalwart for Latics and will be missed. He has been reunited with Steve Bruce, the manager who brought him to Wigan.

Golobart was being carefully nurtured by Martinez and it looked like he might be a key player for the coming season. However, there were question marks whether he had the pace needed in the Premier League.

Alcaraz had three topsy turvy years at Wigan. In his first season he started in 34 Premier League games, but injuries hampered him after that. He made 25 league starts in his second season, but only 8 last year. Ironically his best performances came near the end of his time at Wigan, when he looked a class act.

However, freedom of contract is a double-edged sword and Latics are using it to their own advantage. Both Chris McCann and Stephen Crainey are highly experienced and capable Championship level players, who have also played in the Premier League. The signing of the 22 year old Thomas Rogne is being processed  – he would be one for the future and the 6’4” Norwegian would provide height and power that the Latics centre of defence has been lacking.

Coyle recently stated that he needed at least six new signings, but that looks like a conservative figure. It could be that he is looking at youngsters like Lee Nicholls, Jordan Mustoe, Eduard Campabadal, Daniel Redmond and Nouha Dicko stepping up to the plate, although we await confirmation on those who were at the end of previous contracts.

If Coyle can avoid a firesale and only McCarthy and Kone depart he will have a strong squad. However, he is going to have to get out the cheque book to sign those kinds of quality players who can add something special. Signing some of the best of the Championship’s younger players would appear to be the way to go forward. Latics have already been linked with two 25 year olds –  Derby County full back John Brayford and Bristol City winger Albert Adomah. However, if Kone were to go he would be hard to replace and it would be Coyle’s greatest challenge.

Coyne has inherited the backbone of a team that – with a few key additions and a minimum of departures – would be quite capable of pushing for promotion. His critical signings may be yet to come.