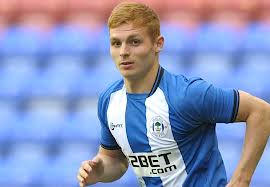 In the 14th minute in Wigan Athletic’s pre-season friendly game against TSV Havelse, Fraser Fyvie put through a defence-splitting pass for young winger Ryan Jennings to get Latics’ first goal.

Wigan went on to win 3-1, but the main purpose of the match was to provide playing time for a squad that had been involved in intensive training sessions over that past week. No less than 21 players got playing time, with only one playing the full 90 minutes. That was the young Wigan-born prospect, Tim Chow. However, the player who received the next largest amount of playing time was Fyvie, who went off to be substituted by Gary Caldwell after 75 minutes.

What is significant is that Fyvie appears to be back in the Latics fold after being seemingly on his way out of the club.

Last season was a nightmare for the 21 year old Scot. Snubbed by both Owen Coyle and Uwe Rosler he had been farmed out on loans, which just did not work out.

In mid-October Fyvie went to fellow Championship side Yeovil Town on loan. He soon made his debut against Brighton, but a shoulder injury forced him to be forced off after only 22 minutes. A month later he returned to the lineup against Doncaster Rovers, but in the 11th minute he gave the ball away leading to a goal for Rovers. He was substituted after 31 minutes. Before the end of the first half he had posted a tweet on Twitter: “Everyone has given away a goal in their career – learn from mistakes!” Fyvie was returned to Wigan in mid-December after making no more appearances at Yeovil.

In late January Fyvie joined League 1 club Shrewsbury Town on a one month loan. He started in four consecutive matches and it looked like Shrewsbury were going to request an extension of the loan period. However, a knee injury suffered in training was to scupper that plan and he returned to Wigan.

It looked like Fyvie was on his way out of Wigan when he went to train with Sheffield United in April, playing a game for their under-21 side. However, the Yorkshire team was not sufficiently impressed to take things further.

When Fraser Fyvie joined Latics as a 19 year old in July 2012 Roberto Martinez said: “Technically he’s very gifted, enjoys playing in the midfield where he can cover large areas, he’s very powerful off the ball and in possession is someone who can read the tempo of the game very well”.

Despite his tender age Fyvie had made 58 appearances for his home town club Aberdeen in the SPL. He was the youngest player to play for the Dons, making his debut against Hamilton at the age of 16, winning the ‘Man of the Match’ award. He was later to score a goal against Hearts that made him the youngest goalscorer in SPL history. Fyvie has represented Scotland at schoolboy, youth and under 21 levels.

In his first season at Wigan his appearances were confined to FA and League Cup matches. It appeared that he was being groomed to step up to regular first team action the following season. With the change of management that was not to be.

With Ben Watson and Chris McCann out with long-term injuries and James McArthur and Shaun Maloney struggling for fitness, Uwe Rosler is short on midfield players. The arrival of George Saville on loan from Chelsea is likely to be announced shortly, but in the meantime the absence of the senior players might well continue to give Fyvie the chance to prove that he still has a lot to offer.

Rosler prides himself on developing young players and in Fyvie he has a player with undoubted talent. The Aberdonian still has one year left on his contract. Hopefully it will be one in which we will see his potential being realised. It is an opportunity to get his stuttering career back on track.